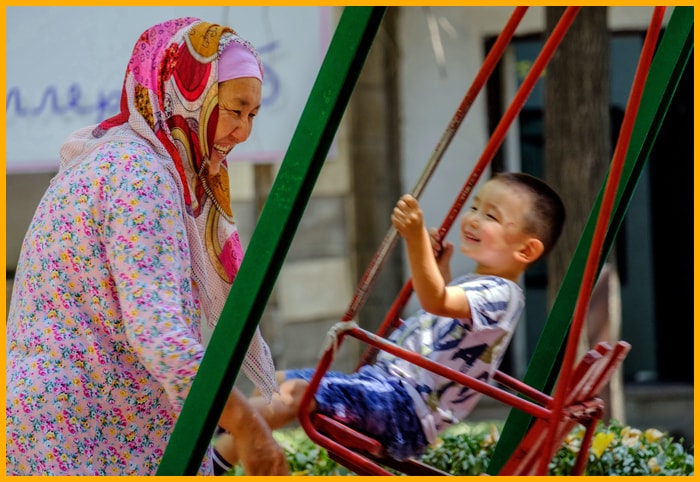 Day 1: Tashkent
The entire day is dedicated to a city tour. You will explore first spot Independence square located in the center of Tashkent, the main and tourist square of the country. After you will marvel along the local Broadway, a tourist street that attracts tourists and locals, you can walk around and buy souvenirs. You will move Tashkent metro, where you can take a ride. After you will walk in the old part of the city which includes: Chorsu Bazaar, Kukaldash Madrasah and Hast Imam complex that consists of several madrasahs, mosques and mausoleum. In the tour you will observe the Othman Quran. This is an ancient copy of the Quran dating back to 8th c. It is believed that the bloodstains preserved on the Quran of Othman in Tashkent got there during the murder of the Caliph. You will rest the night in the hotel.

Day 2: Tashkent - Bukhara
This day you will have a morning transfer (flight or train) to sacred Bukhara. You are going to explore the highlights of the holy city. In course of the tour you will discover Citadel Ark there is an ancient fortress of Ark-a wonderful monument of medieval architecture. The perimeter length of the external walls is 789.60 m, the internal area is 3.96 ha built around the 4th century. You will also visit Samanids mausoleum, the masterpiece of architecture of the late early middle ages was built during the period of the Sasanian state and is the oldest tourist attraction in Bukhara. You will also visit Chashma Ayub, the "source of Saint job" is located near the Talipach gate, in the North-Western part of Bukhara, and is considered one of the monuments of religious architecture. According the route you will wander along the shopping domes. You will also discover today Nodir Divan Begi it is associated with the name of the vizier Nadir Diwan-Begi, who served under Imamkulikhan, one of the strongest rulers of the Ashtarkhanid dynasty. Afterwards you will end tour with exploring Poi Kalon complex, the real masterpiece of Bukhara. There are located: Kalon minaret, Kalon mosque and Mir Arab Madrasah. Overnight will be in the hotel.

Day 3: Bukhara
You will start your tour in the morning and discover the fascinating sights of Bukhara. You will discover Bahauddin Naqshbandi complex, located few kilometers from Bukhara. Wise man Bahauddin Naqshbandi is a great Sufi teacher. He is called the founder of a large Sufi Naqshbandi order. Bahauddin preached the simplicity and asceticism of everyday life. He believed that all religious rites and ostentatious religiosity should be rejected. After you will visit Sitorai Mohi Hosa complex. It means "a Palace like the stars and the moon". Its construction began under Syed-Abdul-Ahad Khan. The Emir was the ninth ruler of the Mangyt dynasty. In the end of your tour you will discover Chor Bakr memorial complex. "Chor-Bakr "means" Four brothers", but abroad the necropolis is better known as "City of the dead". You will transfer to the city. Your night will be in the hotel.

Day 4: Bukhara - Tashkent
After the breakfast you will have morning transfer (flight or train) to Tashkent. You will visit Courage Monument it is placed here in memory of a terrible incident in 1966. The monument consists of a black cube and a bronze sculpture. You will also disocver Zangi Ota memorial complex. There is one of the most interesting historical and architectural monuments of the XIV century-the complex of mausoleums of Zangi Ota. You will disocver today the State Museum of Timurids' history: 3,000 different items including jewelry, musical instruments, weapons, various coins, paintings, documents, historical manuscripts and clothing of Timurid's period. Your tour will be completed with the State Museum of Applied Arts of Uzbekistan, where you will see fine examples of glasses and national clothing, hand and machine embroidery, skullcaps and national fabrics, carpets and woodcarving. Night is in a hotel.