Along the Great Silk Road 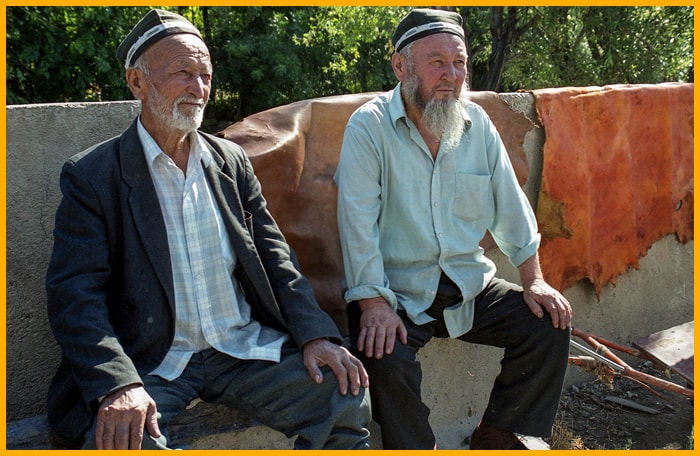 Day 1: Tashkent- Nukus
This day you will discover after flight Nukus. You will have a sightseeing tour and first you will go to the Museum of Savitsky. This is one of the largest and most interesting museums in all of Uzbekistan, the second largest Museum of the Russian avant-garde after St. Petersburg. The Museum has the status of a state Museum, and the unique collection collected here is recognized as the best art collection in the entire Asian region. It includes the most complete collection of works of the Russian avant-garde. The Museum's founder is the famous Russian artist Igor Vitalyevich Savitsky. He collected Karakalpak art objects, works of artists associated with Asia, as well as Russian avant-garde art with his own hands. Then you will explore outside of Nukus to see Mizdakhan necropolis is considered almost the oldest cemetery in Central Asia, because its age is more than 2 thousand years. In the end of the tour you will discover a 2200 years-old Zoroastrian ancient monument known as Chilpyk. The overnight at the hotel.

Day 2: Nukus - Khiva
After breakfast you will direct to Khiva. You are going to explore today sights of the city. In course of the tour you will experience Ichan-Qala, the inner city in Khiva.  The ancient settlement of Ichan-Qala (inner fortress) is located in the historical center of the ancient city of Khiva. Ichan-Qala covers an area of about 30 hectares. The walls of the fortress rise to a height of 10 meters. Here are located ancient buildings, palaces, mosques, Madrasahs, Mausoleums, Minarets, Caravan-Sarais and Bathhouses. It made Ichan-Qala into incredible city-monument. In Ichan-Qala there are over 400 traditional dwelling houses and about 60 architectural monuments. One of the magnificent site will be the Kunya-Ark fortress. Kunya-Ark - the very first Palace of Khiva. He joined the Western wall of Ichan-Kala near the gates of Ata-Darvaza. The night will be in a hotel.

Day 3: Khiva - Bukhara
After the breakfast you will depart to mesmerizing city Bukhara. This city has a long history and lies on the famous silk road. There are ancient fortresses and unique ancient buildings. Bukhara is one of the most famous and famous cities of Uzbekistan, which is still a legend. There are over 140 architectural monuments Bukhara is a "town museum" dating back to the Middle Ages. There are located narrow streets, green parks and gardens, historical and architectural monuments belong that were built in different times. Today you will move from Khiva to Bukhara goes through famous Kizilkum desert. One of the greatest deserts in Asia, located between the rivers Amu Darya and Syr Darya. In the tour you will observe Amu Darya river, the largest river in Central Asia. You will have free time when you will arrive to Bukhara. The night will be in the hotel.

Day 4: Bukhara
This day you will explore the surroundings of city Bukhara. Today you will start from Citadel Ark which is the most ancient architectural and archaeological monument in the territory of the city. The fortress is an earthen structure in the form of an irregular rectangle. After you will lead to Samanids mausoleum considered one of the architectural masterpieces of Central Asia, it is located in the historical center of Bukhara. Further you will experience Chashma Ayub, traditionally revered place, a well with a spring that arose at the behest of the biblical Job-Ayub. You are going to walk along the shopping domes and after you will explore Nodir Divan Begi it is part of an architectural complex located around the famous Lyabi house in Bukhara. You will complete the tour with Poi Kalon complex is a majestic pillar with a height of about 46 m. it is visible from any point of the city. This oldest building in Bukhara was built in 1127. There are located: Kalon minaret, Kalon mosque and Mir Arab Madrasah. Your night will be in the hotel.

Day 5: Bukhara - Yurts camp of Nurata
After the breakfast you will discover a small town of Nurata, located in the foothills of Nuratau Mountains. Nurata is the most exotic city in Uzbekistan.the name-Nurata is covered with secrets and legends. According to local legends, forty thousand years ago, a fire stone fell on the ground in this place, and at the place of the fall, a spring was hammered in the resulting crater, the water of which had healing properties. People considered the fall of the meteorite a divine grace: "Allah gave us Nur (ray)", "Nurata" in translation - "ray-father "or"ray of the father". When you will arrive to this city you will have a highlight tour: visit the Khasan- Khuseyn Mosque, blacksmith's and potter's workshops and a sacred pond with sacred fishes, a place for pilgrimage by Muslim worshipers in Nurata. Then you will explore the Madressah of Sheihun Hasan Nury, Mamazgokh Mosque and remains of so called "Alexander the Great's Fortress". After you will transfer to yurt camp in dessert. The overnight is in the yurt camp.

Day 7: Samarkand - Tashkent
This day you will have a morning transfer to Tashkent (train). After arrival you will meander in Independence square which is the main Central square of Tashkent. On weekends, there are especially many tourists. After you will discover the local Broadway, one of the most famous streets of Tashkent with its own colors and attractions. You will be offered to take a ride in fascinating Tashkent metro, which have cultural and historical significance, one of the most picturesque places in Tashkent. Further you will explore the old part of the city which includes: Chorsu Bazaar, Kukaldash Madrasah and Hast Imam complex that consists of several madrasahs, mosques and mausoleum. You will also marvel one of the main attraction of Tashkent the Othman Quran. The night will be in the hotel.

Service does not include:
- Visa
- Full board
- Travel insurance
- English speaking guide
- Entrances to all museums
- Flight tickets Tashkent - Nukus