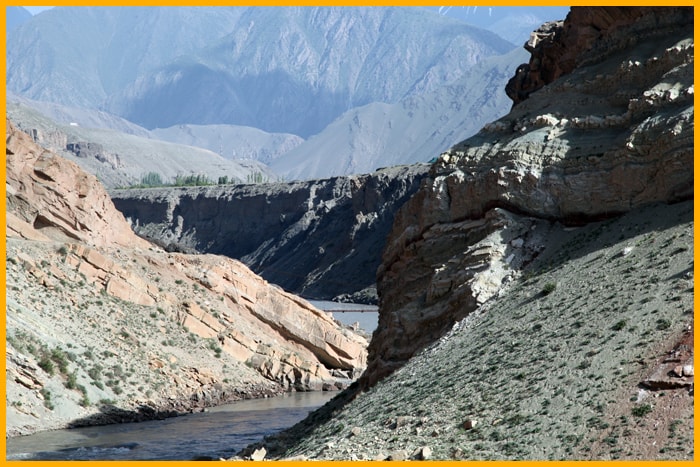 Day 1: Oibek - Khujand
Today you will be met by Tajik driver on the border and you will transfer to Khujand city. Khujand is the amazing capital of Northern Tajikistan and the second largest city. Khujand is inhabited by about 149,000 people. The legendary city of Alexander-Eshata (Alexandria extreme) was built by Alexander the great on the site of the present Khujand (V century BC). This day you will discover a Cultural Palace of Khujand. This is one of the city's most significant attractions, and it once served as the first President of the Republic. After you will visit Central Mosque, the largest mosque in Central Asia, it can accommodate more than 120 thousand people at once. You will spend the night in the hotel.

Day 2: Khujand - Istravshan - Khujand
After breakfast you will explore Istravshan. Istaravshan is an ancient city that goes back to ancient times. This is like the crown of a huge tree, where today only the top is visible, as well as sights that have survived to the present day. They have a very long history and date back to 2500 years ago. The calm and peaceful landscape of Istaravshan remembers the names of thousands of kings, generals, scientists and ordinary people who glorified this region with their work. Therefore, it is particularly interesting to look into the past of the ancient city. Ytoday you will explore for yourself mighty sights and monuments, plunge intoatmosphere of colorful oriental bazaars, discover significant fortresses. In course of the tour you will also visit masterpieces of architecture of mosques and mausoleums. After excursion you will return to Khujand.

Day 3: Khujand - Seven Lakes
This day you will head on to the Fannsky Gory (Fann Mountains). You will drive today over pass Shahriston (3 378 m). The Fann mountains are one of the most beautiful trekking destinations in Central Asia. Today you are going to have a journey to this fascinating area and explore the Seven Lakes (Marquzor Lakes), about 60 km south of Panjakent. You will have time to have a hiking in this territory. You will pass through road that runs near a gorge where 7 lakes are located. Seven lakes are amazing in their color and names. Along the road you will meet the locals and communicate with them, ask about their life and get to know about interesting facts about Tajik people. You will spend night in homestay.

Day 4: Seven Lakes - Penjakent
In the morning we will drive to Penjakent. This cozy town is located in the Sughd region of Tajikistan, On the territory of the city there was a settlement bearing the same name Penjikent, this city was the center of trade and Handicrafts. translated from Tajik, the city means "five settlements", and the history of the city goes back 5500 years. Since ancient times, Penjikent was the most important cultural and craft center of Sogd, the era of Zoroastrianism. Many say that it was even called "Central Asian Pompeii", so it was good and unusual. Today you will have a chance to observe the remains of dwelling houses and office buildings, the citadel with the palace, the house of craftsmen, and fire worshipers church. Overnight at the hotel.

Day 5: Penjakent - Dushanbe
After breakfast you will transfer to amazing Dushanbe. You will drive today over fascinating and picturesque Anzob pass (3 372 m) and tunnel of Isticlol. Along the way you will enjoy of wonderful views of mountain gorges, landscapes and take incredible photos of this place. After you will explore the main sights of the capital In course of the tour you will explore: Rudake Park, National library, White House, National state seal, House of parliament and Jomi theatre. Then you will explore National park to see Ministry of Inner Affairs and the biggest National Flag. Then you will be amazed by beauty of Central Museum and Archeological museum. In the end of the tour you will discover Gurminj Museum of traditional musical instruments.  Your night will be in the hotel.

Day 6: Flight
In the morning is transfer to the airport.