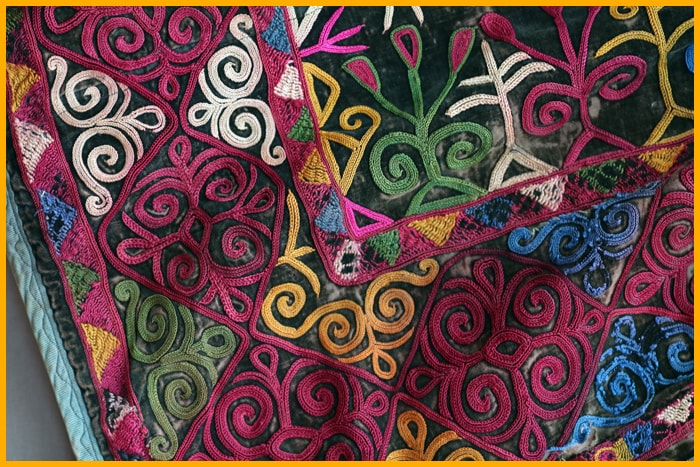 Day 1: Chernyaevka - Shymkent
Today you will meet at Zhibek Zholy (Chernyaevka) border crossing point. You will directly drive to  Shymkent. You are going to explore today the best attractions of the city. In course of the tour you will visit: Walk of fame (park after Sh.Kaldayakov including Obelisk of Glory, Eternal Flame to the fallen in The great Patriotic War), "Zher Ana" monument, Ordabasy square, Park "20 years of Independence of the Republic of Kazakhstan", Arboretum and Regional Museum, Museum of Victims of Political Repression. Night will be spent in the hotel.

Day 2: Shymkent - Turkestan - Shymkent
This day you will transfer to fabulous Turkestan. After you will have a city tour exploring: at "Azret-Sultan" historical and architectural complex, Mausoleum of Khoja Ahmed Yasawi (Necropolis, a fragment of the fortress wall, citadel with gates, Hammam, Hilvet underground mosque). Turkestan was called the second Mecca, this Holy city. A visit to this city is three times rated as a Hajj in Mecca. The history of this city begins in the VI century BC, when two cities appeared in the Turkestan oasis-Shavgar and Yasi. The most famous resident of Turkestan was Khoja Ahmed Yassavi, a learned theologian who gained great popularity and reverence among the faithful. After his death, the city also became one of the religious centers. The monument built by Timur in honor of this medieval Sufi poet, it occupies a huge rectangle measuring 46 by 65 meters. There are 36 halls in total, including the Central hall, which is covered with the largest brick dome in Central Asia, with a diameter of 18 meters, and the height of the mausoleum in the Central part is 44 meters. Then you will drive back to Shymkent. You will spend the night in the hotel.

Day 3: Shymkent - Almaty
Today you will drive to the airport for flight to Almaty. The entire day is dedicated to a city tour, where you will explore the remarkable spots. You are going to the first spot Green Bazaar, walking through the rows of the green Bazaar, you will see oriental spices, fruits, an abundance of dried fruits, souvenirs. After you will visit one of the remarkable park of Almaty - Panfilov Park, there in the heart is situated the mighty building architectural masterpiece- Zenkov Cathedral. You will also visit the Medeo Gorge in the second part of the day, which is located at an altitude of 1691 meters above sea level and is known for its ice rink and Shimbulak resort. After you will move to the Kok-Tobe hill this is the charm of the mountains, fresh air and breathtaking views of the city, here is also located the tallest TV tower in the world. In Kok-Tobe Park you will have a chance to walk, observe the views and buy souvenirs. You will end your tour with ride from cable road and enjoy the views of the city. Night will be spent in the hotel.

Day 4: Almaty - Charyn Canyon - Almaty
This day you will drive to Charyn Canyons. You will visit the unique natural reserve of Kazakhstan. This ancient wonder of nature stretches for 154 km. The height of the rocks reaches 300 meters. It is compared to the world-famous Grand Canyon. Mind-blowing views open up when you arrive at this place. The canyon also holds many magnificent terrain and landscapes. It was formed about 12 million years ago. Travelling in this canyon you will know a lot of interesting facts about this place and hear the stories and legends about Kazakh residents. At the bottom of the canyon runs the Charyn River, which originates on the southern spurs of the Ketmen range and carries turquoise waters to the Ili River. You will admire the magical views of the canyon and walk through the famous valley of castles, looking at the wonderful shapes and towers that Mother Nature herself created. Overnight at the hotel.

Day 5: Flight
In the morning is transfer to airport.